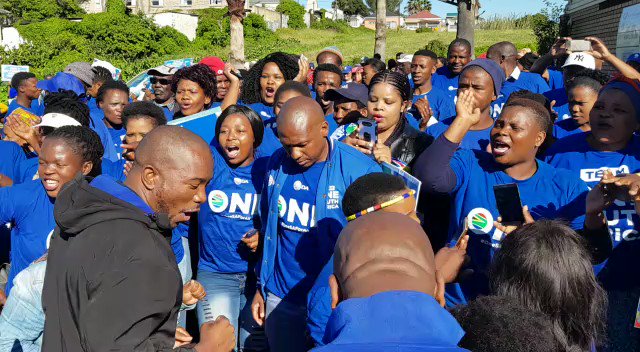 RT @Our_DA: DA Leader @MmusiMaimane joins the people of Gwatyu in a protest outside the Department of Rural Development and Land Reform in East London.

The people of Gwatyu deserve OWNERSHIP of the land they have lived on for decades, but the ANC government, who owns the land, refuses! https://t.co/5qY3t2pmZa